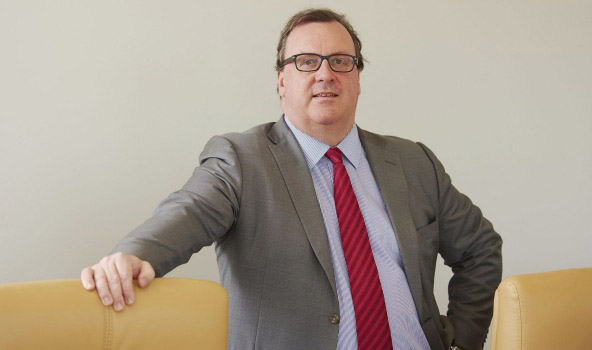 < Back to News & Research
The Australian Financial Review | Markets | By: Jonathan Shapiro

High-tech Amateurs can easily get smoked in the risky niche but expert local knowledge is available.

Jonathan Horton’s 15 years in Silicon Valley taught him all he needed to know about the speed at which wealth can both accumulate and evaporate.

The devastation of the dotcom bust set him up well to advise Perth’s mining millionaires how to avoid some of the mistakes he saw among the valley’s more exuberant wealthy class.

“It gives us perspective on risk being in a commodity town. Risk management is vital. We are a complement for folks here that want to preserve capital,” he told The Australian Financial Review.

Horton founded NWQ Capital Management after the financial crisis and began managing money in 2010. It is one of the most significant investors in Australian hedge funds.

And it is through the talents of these managers that Horton believes wealthy investors can preserve and grow their wealth without exposing it to the whims of the stock market.

A former investment banker, Horton found himself in Silicon Valley when his wife, who was working at the reserve Bank of Australia, headed to Stanford University in Paolo Alto, south of San Francisco, to further her studies. They ended up staying nearly 20 years during which time Horton gained experience at Lehman Brothers and UBS, handling the investments of the San Francisco Bay area’s new elite as they sold down shares in their tech business.

“The wealth effect of the valley was around technology and property, and here I am in Perth and the wealth effect has been resources and property. So we have [people] that have made a lot of money first generation, and all the associated stresses and strains about managing a vast pool of wealth.”

“It’s the same [in Perth], but 10 years behind. In the late 90s it felt like things couldn’t get any better, but some were smart enough to diversify in a meaningful way,” he says.

Horton’s time in Silicon Valley led to him becoming an expert in understanding the intricacies of hedge funds; identifying, selecting and accessing managers, and constructing successful portfolios. He used this experience to set up his own business in the US before creating NWQ – a fund of funds. “I began the search and research for Australian hedge fund managers during the GFC and began looking for those managers that where successful in managing this extreme risk environment similar to what I experienced six years earlier in the US,” he says.

NWQ has delivered solid returns for clients who have invested in its portfolio with an annual return of 12.21 per cent – and with less than a third of the volatility of the stock market index. One million dollars invested in the Fiduciary Model Portfolio in July 2007 would be worth $2.5 million compared with $1.167 million if the amount were in a fund tracking the S&P/ASX200.

Horton maintains investing in hedge funds is an intimate process that requires getting into the head of the manager. “Generally speaking, an amateur will get smoked in a hedge fund world because most are dangerous and crap. But the sea of chaff exists with hard kernels of extraordinary talent,” Horton says.

Australian hedge funds struggled for recognition from large investors that have tended to allocate to large offshore investors.

Horton is also one of the few domestic investors willing to back local hedge funds with conviction and capital. He says, given the intimate focus, investors are better off searching their own backyard.

“There is a meaningful and rapidly growing constituency of Aussie hedge managers. It has some of the best equity market neutral managers that I have seen. And I’ve been looking at hedge funds for 20 years,” he says.

Horton attributes the strong performance of some local hedge funds to several factors.

A lack of competition that breeds an inefficient market is one. Also, while the industry is nascent, the ability to borrow shares is not constrained.

Horton says that most stocks out of a list of 170 can be borrowed at costs of 50 basis points or less. With the analytics to back it up, he says Australia has some of the best traders he’s ever seen.

Phil King from Regal Funds Management is “probably one of the best short sellers on planet Earth,” he says.

“He is an extraordinarily talented manager. To be able to consistently disproportionately contribute alpha on the short side is a skill set that few people possess.”

Richard Fish of Bennelong is another great; “one of the world’s best pair traders and, arguably, one of the best I’ve ever seen,” Horton says.

“These are extraordinary 18 to 20 per cent a year returns over 10 years on a risk-adjusted basis with a volatility of the market, which we just don-t hear about. They are better than anyone we hear about in the long-only world that manages billions of dollars,” he said.

But even with the immense talent, constant surveillance is necessary.

The funds and their strategies are analysed at great length and must be willing to provide full transparency to NWQ, to allow it to analyse its aggregate exposures. Horton says the fund uses sophisticated systems to monitor the positions of their hedge funds in real time. For instance, as falling energy prices smashed the price of Santos, NWQ could instantly assess its exposure to be slight, short position in the company across all its managers.

“You can’t set and forget hedge funds. They tend to have a half-life. Even these guys, that are very rare, don’t typically perform [well forever], so you have to be prepared to sell them in an open and respectful way.”